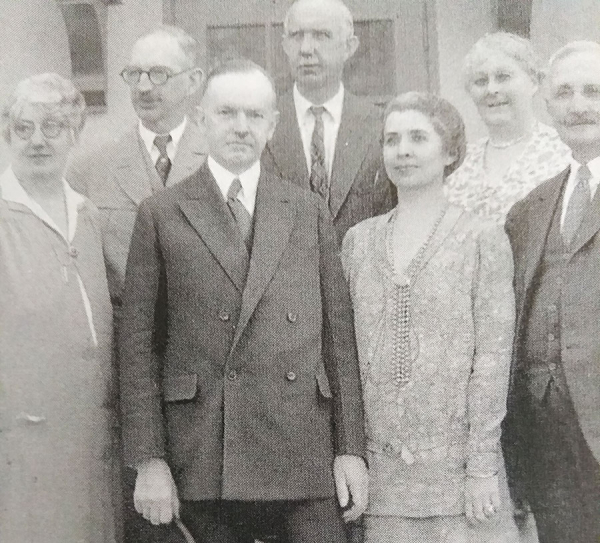 One of the highlights in Mount Dora’s social history was the visit by former President Calvin Coolidge and his wife Grace. The couple arrived by train on January 10, 1930 for a month-long stay and became the stars of the social season.

While in Mount Dora, the Coolidges resided in the town’s most elegant hotel – the Lakeside Inn. According to a member of the Edgerton family who owned the Inn at the time, the President was a quiet man with not much sense of humor. Mrs. Coolidge, on the other hand, was a warm and friendly person who spoke to many guests. According to historic archives, she wrote in the guest registry: “Picked oranges from yard.”

Despite hoping for a relaxing visit, the Coolidges were in demand for tree plantings, building dedications, and afternoon teas. Half of the town’s year-round population as well as winter residents were on hand as Mrs. Coolidge lifted the first shovel of dirt during a tree planting ceremony to dedicate the town’s new Community Hall.

Although he shied away from publicity and speeches, the President was encouraged to lead a formal ceremony to dedicate the building in which he and Mrs. Coolidge was staying. On January 15, 1930, the couple inaugurated the Lakeside Inn’s new 39-room Terrace building. There was much hobnobbing with politicians and dignitaries from near and far, and the celebration was described in the Mount Dora Topic as “The most brilliant event in the history of Mount Dora and perhaps in Central Florida.”

Today, guests can enjoy that same suite with a lake view that the Coolidges stayed in. 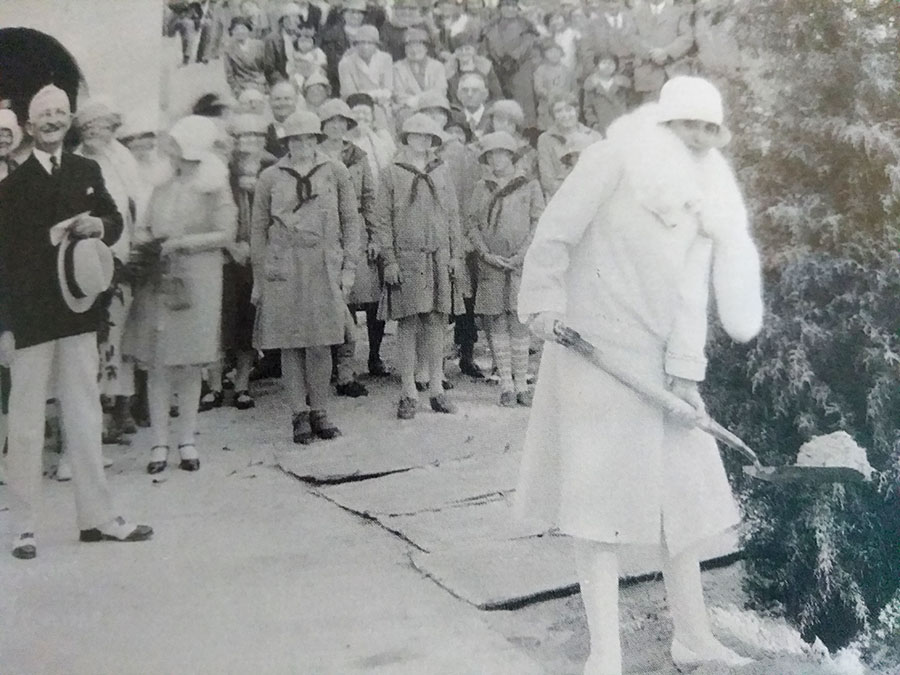 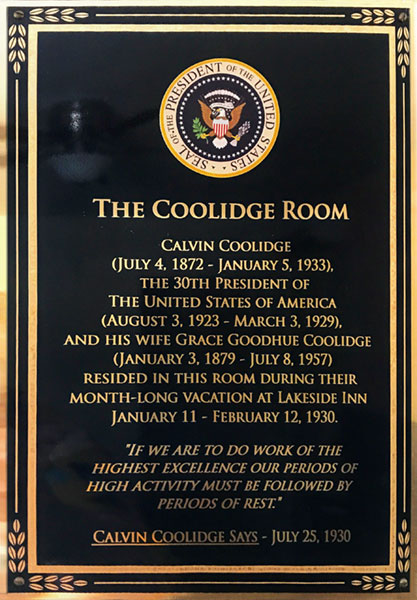